“As pure immobility and inactivity, depression brings about a rhythmic suspension of the order of the world […] which is not pathological but political in its temporal and affective consequences” (Mikkel Krause Frantzen, 2018, p. 151).

Lockdown and a mental health crisis:

In 2010 David Cameron, then UK prime minister launched his plan for a national “happiness index”. This aimed to quantify general wellbeing. To treat happiness in an “objective, measurable, administered sense” (Frantzen, p. 168). Ten years later we’re now faced with unprecedented social and economic change. Precariousness about the future – once avoidable for those who didn’t wish to confront the unsettling reality – has become unavoidable.

Psychologists in the UK have documented a large increase in mental illness during the covid-19 lockdown. Almost half of all clinicians reporting an increase in urgent cases (see the Royal College of Psychiatrists: https://www.rcpsych.ac.uk/news-and-features/latest-news/detail/2020/05/15/psychiatrists-see-alarming-rise-in-patients-needing-urgent-and-emergency-care). A review from the Lancet journal of Psychiatry has reported a large increase in people experiencing a level of distress classified as potentially “clinically significant”. This rise is disproportionately higher for individuals under the age of 25 (see Pierce et al. 2020). The researchers predict that these statistics will increase as people deal with the economic fallout of lockdown. This blog investigates how the covid-19 lockdown makes clear the occasion for mental illness to be re-thought.

This blog post treats depression as both a clinical illness and a social phenomenon. There are both individuals who are clinically depressed and individuals who are “functional” within a social backdrop which is depressive. The aim here is not to undermine psychiatry, but to properly contextualize mental illness. Psychiatry may offer individuals valuable treatment, while being incapable of addressing the social and systemic conditions for and causes of depression. Reports from psychiatrists such as above may indicate something about society, psychiatry may be symptomatic of society.

This blog follows on from a reading of Mark Fisher’s (2008) Capitalist Realism, Mikkel Krause Frantzen’s (2018) Going Nowhere Slow, and situationist writer Raoul Vaneigem’s (1967) The Revolution Of Everyday Life. This blog post suggests that neoliberal capitalism is fragmentary, and that it removes the possibility of imagining a future. Frantzen suggests that depression be understood as temporal – as about being out of synch with time (also see Fuch, 2001). Society, and depression are both understood in temporal terms. Responding to this, social action (as a unifying project or as anti-depression) should focus on reclaiming the present, or establishing synchronization with time. For David Camron, general wellbeing (or happiness) was important as a precondition for capitalist production (Going Nowhere Slow, p. 168). This becomes inverted where the meaning of happiness or general wellbeing becomes defined by how functional people are as privatised producers. A neoliberal economy becomes materialized as a society of fragmented, depressed individuals. The ultimate conformity becomes a sort of “functional” depression. Here the individual exists in a depressive present, one of atomized de-synchronization.

Since covid-19, various magazines and newspapers have commented on the renewed interest in existentialist literature. Albert Camus’ book “The Plague”, a fictional story written in 1947 about a plague in Oran in French Algeria and how the towns inhabitants dealt with the uncertain times, has seen increases in sales across the world (see Jeanna Briatte’s article in Medium Magazine: https://medium.com/inspired-writer/dealing-with-coronavirus-three-lessons-from-existentialism-7a1e3865d08b). Marcel Theroux writes about the public interest in Albert Camus’ “The Plague” in an article for the Gaurdian (see https://www.theguardian.com/books/2020/may/01/the-end-of-coronavirus-what-plague-literature-tells-us-about-our-future). Public interest in ideas about authenticity, could be seen as an occasion for a public re-thinking of authenticity in society.

Frantzen writes, referring to death as an element of existentialist philosopher Martin Heidegger’s phenomenological concept of Dasein “[I]n the face of total annihilation, everyone is in it together. This means – contra Heidegger – that we are no longer dealing with the presentiment of my own death but with death of us, humanity as such which makes the future… into a radically shared and collective matter” (p. 172). This means that environmental catastrophe and pandemics occupy part of our moment to moment experience of reality. Our experience of time is in part collective.

Depressed in the Present:

Mark Fisher commented in Capitalist Realism that the privatisation of mental illness involves taking the neurological correlations or mediations of depression and treating them are causal, as oppose to looking for social causes of mental illness instantiated neurologically (Capitalist Realism, p. 37). This in turn serves to completely depoliticize mental illness. Mikkel Krause Frantzen looks further at the privatisation of depression through a whole rhetoric of self-help and entrepreneurship. Neoliberal thinking places the individual in the position of manager, not only of their material production but also of their psychology. If we are to say that the individual is the manager of their own happiness then, depression must be a failure of management (Going Nowhere Slow, p. 139).

During the covid-19 lockdown there has been a pervasive narrative of a future that nobody really believes in, at least not the depressive. We are told more and more to be our own managers, to go home and manage our own production, while our work becomes increasingly precarious. Simultaneously we are also laboured with performing gestures of hope; these are prescriptions for a consumerist future nobody believes in or wants. The Sex Pistols’ shouts of “No Future!” which characterized the punk subculture of the 1970’s, now become realized in today’s condition as a lack of any meaningful present, as “No Present!” (Going Nowhere Slow, p. 133). Depressive psychomotor retardation, as an unwillingness to act becomes a political action – as a refusal to manage oneself, or refusal to be an atomized producer (Frantzen, p. 143).

Visions of the future propel action with a belief that things will get better. Frantzen highlights this in reference to the Lars von Trier film Melancholia (p. 171). In this film Justine (a bride to be) is unable to enjoy her wedding day; being depressed and incapable of imagining a future. By refusing to perform the rituals of her wedding day with the hope that the guests feel she should have, she is treated as betraying the myth of a future everyone else believes in. Frantzen calls this myth the “gospel of happiness” (p.171). Where we are all managers of our work and our psychologies, the future changes from an optimistic possibility to a cruel duty (Frantzen, p. 170).

Covid-19 has called into question the idea of a predictable, or possible better futures. This is understood as our society’s “gospel of happiness” the force holding together consumerist society. All we are left with is an in-authentic or de-synchronized, depressed existence in the present. Even those who are not depressed are left in the wasteland of a depressive society, where any real future or any propelling possibility has dried up. Depression expands into a society constituted by individuals with no reason to act – individuals detached from each other and the environment.

Seeking an alternative, revolution as therapy:

It is suggested that the therapeutic solution is social action which reclaims the present in such a way that authentic action is made possible. This involves the rejection of tokenistic performances of the “gospel of happiness”, and the de-privatisation of mental illness. We could reject our roles as managers of our psychologies not only by depressive breakdown but through a poetry of life (The Revolution of Everyday Life, p. 92-99). This could be a protest which is also a celebration of authenticity. Vaneigem writes “If you go for revolution and neglect your own self, then you are going about it backwards, like all militants” (p. 116). Here we could reject the role of managers of a psychology defined by production and instead engage in the creation of a different psychology (or experience) and a different society through establishing new situations.

The question of how an alternative should or could materialize remains an open question. Lockdown challenges the consumerist myth of constant production – our societies gospel of happiness. It seems as if the only way out of our current social condition is one with broad public engagement. This blog won’t describe any particular way out; both Mark Fisher and Raoul Vaneigem offer different approaches. Instead this post aims to highlight an understanding of mental illness that responds to neoliberal society’s struggle to maintain it’s “gospel of happiness” during a time of crisis. 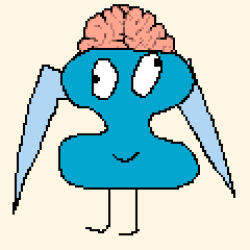