Ai Weiwei’s rhizomatic four gallery show (NYC, Fall 2016) may be the perfect opportunity to revisit the post-colonial argument brought to light by Thomas McEvilley’s review of MoMA’s 1984 exhibition  “Primitivism” in 20th Century Art. The essence of McEvilley’s inquiry being: By placing an Other in the cannon of contemporary art are we undercutting that Other’s “reality system?” (McEvilley pg. 50). It is fun to challenge Mr. Ai’s work with this question, because on the surface he seems an unlikely artist to exploit an Other.  Most popular for his anti-authoritarianism, much of Ai’s work appeals directly to the sensibilities which gave rise to post-colonial criticisms such as McEvilley’s 1984 article about the MoMA show, titled Doctor, Lawyer, Indian Chief.1

By appearing in four gallery spaces at once, Ai undermines the marketplace while propagating his political ideas—the act of which is arguably anti-imperialist in itself. The content of each show is equally anti-imperialist and anti-market. The exhibition held at Jeffrey Deitch’s Wooster St. space titled Laundromat addresses the current refugee crisis. The shows at Mary Boone Gallery’s Chelsea and 5th Avenue locations and the show at Lisson New York, titled Roots and Branches, all reflect symbols of uprootedness using appropriated or preexisting materials. “My work is a total work.” Mr. Ai says in his Laundromat artist’s statement. “What I do everyday, shooting documentary footage, doing research, archiving materials, that is all part of the same effort.” We should also include “openings” on that list, because the simultaneous opening of four gallery shows is unusual if not unprecedented, and the act should be considered artwork, especially given that each of the shows reflect one another.

Laundromat at Deitch Projects is the show that is most susceptible to a critique like McEvilley’s. Deitch’s space on Wooster St. is presently filled with clothing that Ai collected from a refugee camp, then washed and hung on racks for the exhibition. The space has the look and smell of a thrift store—not the vintage variety, but a place where a spendthrift shopper could buy more than one outfit for under $10. There are racks of clothes organized according to gender and age. The upper level floor is lined with shoes—as mentioned, the smell. In a separate room near the entrance is a print-out of the Allan Ginsburg poem September on Jessore Road, which details Ginsburg’s experience witnessing the Bangladesh refugee crisis in the 1970s. Tiling the floor in the main room are screenshots of a private WhatsApp group in which Ai and his assistants cataloged news stories about the crisis. Two TVs in the main room play a documentary which Ai filmed while visiting the Idomeni refugee camp in 2015.  On the walls are photos of Ai immersed in the refugee camps.

In Doctor, Lawyer, Indian Chief McEvilley uses the distinction of emic and etic points of view to layout his argument. These terms common to anthropologists, describe the study of the “elevation of the native informant to the status of ultimate judge of the adequacy of the observer’s descriptions and analyses” (emic), and the “elevation of the observers to the status of ultimate judges of the categories and concepts used in description and analyses” (McEvilley, 42). McEvilley recognizes that the curators of MoMA’s “Primitivism” in 20th Century Art were attempting to take an etic position as observers of native art. However, he faults the curators for frequently violating the etic position by “attributing (intentions) to the tribal craftsman.” (McEvilley pg. 43).

An argument could be made that Ai makes similar mistakes. He takes this position of both objective observer, and one of the clan. The news stories and clothing are unfiltered aside from the category of “being of the refugee camp,” meanwhile he clearly wants to appear to be one with the refugees, as many of the photos depict him working alongside the displaced. Furthermore, in the artist statement he refers to his personal experience in a refugee camp as a child:

“When I was born, my father, Ai Qing, was denounced as a ‘rightist’ and was criticized as an enemy of the party and the people. We were sent to a labor camp in a remote region far away from our home. We carried almost nothing with us to the camp, only trying to survive. It was an extremely difficult time being seen as a foreigner in your own nation, an enemy of your own people, an enemy of those my father loved most. I know what it is like to be viewed as a pariah, as sub-human, as a threat and danger to society.”

Ai’s personal experience is not being questioned here, nor is the validity of his suffering, much of which has been very public and an integral part of his most intimate work, considering his arrest and the restrictions put upon him by the Chinese government. But, an argument could be made that by placing his own refugee experience alongside the current refugee crisis, Ai is violating the position of objective observer, and affecting the “poetic spirit” of the refugee camps (McEvilley, 43). It should also be noted that refugee art and music are a part of Ai’s video documentary.

The etic and emic positions blurred, a new question arises. Is the artist as collector and curator able to create an experience where the viewer is able to gain objective perspective about the refugee crisis? That is, a perspective that has not been filtered through the interpretation of the artist/curator.

One thing that should be considered here is Ai’s style of collecting. He does a large amount of collecting, and it is very particular to his style. Aside from the clothing and the curation of news articles at Deitch, the other three current shows all contain elements of collecting and curating. The Lisson show consists of tree roots cast in iron set against wallpapers that is itself a collection of symbols depicting various refugee crises, juxtaposed with military figures from ancient Greece and images of present day soldiers. It is not specified what species of wood the roots were cast from, but it nonetheless evokes the readymades Ai has exhibited of furniture constructed with Huali wood (Dalbergia odorifera)—one such piece is displayed across the street at Mary Boone. This particular species of tree is currently endangered due to its overexploitation by the nouveau riche in China.

Popular because of the highly fetishized Ming dynasty furniture and the recent mass production of imitations, the manner at which Chinese loggers have gone after this tree has become a global issue. Not only is the Dalbergia odorifera species under threat, but the entire Dalbergia genus is as well, as the forests in Latin America and India are scoured for suitable substitutes.2 It should be kept in mind that this connection to the cast-iron tree roots (iron wood being a lay name for Huali) is only made due to the persistence of Ai’s collecting style. The roots at Lisson are now not only attractive to the eye, but also imbued with whatever emotions the global epidemic may give rise to.

The two shows at the Mary Boone spaces are just as much riddled with Ai’s own symbolic reality. As mentioned, there is more of the Huali wood in the furniture, and also in a second piece, Tree, constructed of pieces of many dead trees bolted together forming one large tree—the whole is no more important than its parts being another one of Ai’s repeated themes. The other two aspects of Ai’s work referenced have to do with allusions to his Study of Perspective Series—photos of the artist flipping-off monuments to authority—and perhaps his most well-known series, Dropping a Han Dynasty Urn. The middle figure is referenced in Mary Boone’s uptown gallery, both with broken ceramic handles in the shape of middle fingers (double meaning of vase and middle finger intact), and in the wallpaper illustrations of middle fingers. The vases are also represented in the Mary Boone Chelsea gallery as portraits made from legos in the style of Andy Warhol’s screen prints. These famous images in which Ai smashes a supposedly high-value vase into little bits at his feet has an element of ephemerality that can be recognized as consistent throughout his work, including that of the Deitch show, which contains a depiction of ephemeral media while placing little emphasis on a product that will be usable as art in the future.

What is clear after addressing the four shows is that Ai has succeeded in creating a “total work,” as he set out to do. Or perhaps more aptly, he has created an environment in the NYC gallery scene where one can become immersed in a totalizing work of art. In achieving this, the work is not at all didactic, as one may be tempted to interpret it by knowing only the subject matter. The nature in which it is experienced and interpreted depends on the subjective position of the viewer as they enter the gallery. One may overlay their own belief systems on to the work, and use it for a springboard for their own political or idealistic fantasies. The danger inherit in blurring the emic and etic boundaries is therefore all on the viewer. The most obvious danger being a neoliberal position where one enters Deitch expecting an experience of the refugee crisis and to gain empathy for individual refugees. This is a danger looming more heavily with a topical strawman in the right-wing populist political environment that is threatening the neoliberal position with anti-intellectual arguments that, like the neoliberal position, offer no hope for reasonable solutions to the crisis. The work is inflicted with temporal conditions and subjectivity, and it is very much up to the viewer to treat the smell of potentially dangerous bacteria in rotting shoes with an ephemeral empathy that only serves the self, or insightful critiques that offer solutions to the problems being presented. 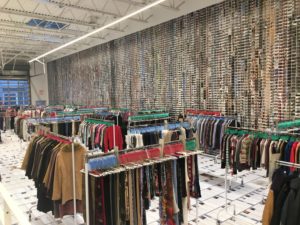 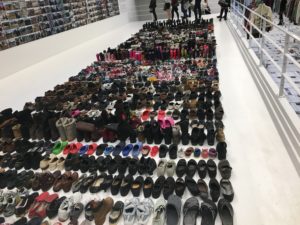 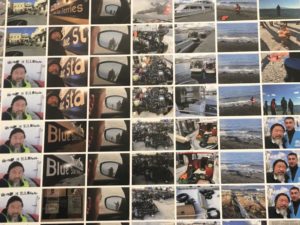 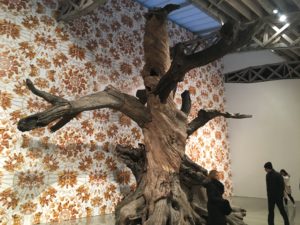 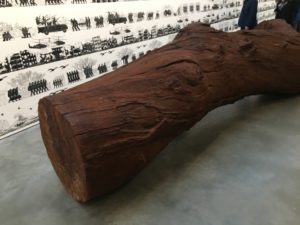 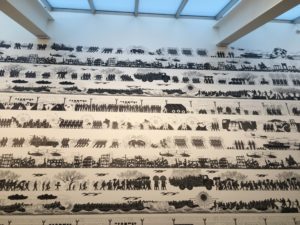 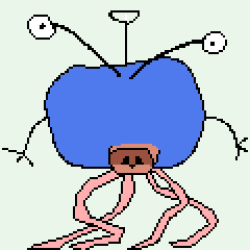