Max Horkheimer and Theodor Adorno wrote their critique of the culture of Western civilization, Dialectic of Enlightenment during the Second World War. When the book was published in German in 1947, the full extent of the Holocaust had been revealed, two atomic bombs had been dropped on Hiroshima and Nagasaki, Horkheimer and Adorno were now “Holocaust survivors,” and cultural amnesia was already setting into the minds of the German people. The failure of the Enlightenment was now evident and the raw truth of the rout of rationalism was undeniable. And although the book opened with the essay “The Concept of Enlightenment” the texts on the Culture Industry were the best remembered. Perhaps it took the magisterial pessimism of Theodor Adorno in Negative Dialectics to articulate the true extent of the Fall of humanity outside the bounds of the Enlightenment. Published two decades after his work with Horkheimer, Negative Dialectics is a tragic document, written in the wake of Shoah and in full understanding of the author’s Jewishness as an identity that guaranteed death. 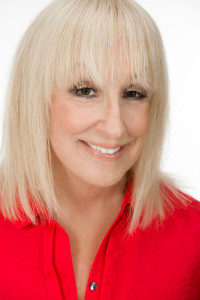 Negative Dialectics is famously difficult to read, much less comprehend or understand. Large stretches of the book are page after page of impenetrable prose with little narrative flow, guaranteeing reader frustration. Adorno certainly wrote for his peer group, his fellow philosophers who were presiding over the corpse of Western philosophy. Every now and then, flashes of poetic writing that one begins to recognize as Adorno’s “style” or “manner,” so to speak, break this wall of writing. Thomas Mann, who called Adorno a “strange intellect, stated that he refused to chose between music and philosophy as his life’s work. The artistic nature of the opening sentences of this book is nothing short of profound and beautiful.

Philosophy, which once seemed obsolete, lives on because the moment to realize it was missed. The summary judgment that it had merely interpreted the world, that resignation in the face of reality had crippled it in itself, becomes a defeatism of reason after the attempt to change the world miscarried…philosophy is obliged ruthlessly to criticize itself…The introverted thought architect dwells behind the moon that is taken over by extroverted technicians.

Even the most educated reader waits for and treasures such passages, which are relics or reminders that Adorno was once a gifted pianist. The roots of Negative Dialectics lie undoubtedly in his entire experience as a German philosopher who was surprised to find himself sentenced to being the Other by a culture he had dedicated his intellectual life to studying. Adorno’s scholarly home was the Frankfurt School, which understood that the problem of contemporary Western civilization was the Enlightenment itself, because that “civilization” had ended in “barbarism”. They owed this profound thought to Freud, who put forward the proposition in Civilization and its Discontents that civilization could be brought into being only through repression of primal instincts. One force—call this force ego or civilization—had to repress another—the id or instinct or barbarism—and these forces would be translated into social forces seeking control of the masses. Beyond a disciplinary force seeking to rule antisocial behavior are competing political and social forces, whether religion or regime, seeking to gain the upper hand. No matter how benign or benevolent, these social forces come into power by suppressing by acts of power other contenders. Thus “civilization” is the result of “barbarity”, a condition of force.

The Frankfurt School was formed and re-formed during a battle of civilization—the Allies—struggling against barbarity—the Nazis. Long before the war began, the French considered themselves to be cultured and the Germans to be barbarians, threatening invasion of European “culture”. After the war, the Germans were exposed as barbarians. The extent of the barbarism was not fully evident until the post-War period, inspiring Bertold Brecht to note that the “mansion of culture” was made of “shit.” The world, shocked by photographic and documentary evidence of death on an industrial scale wondered incredulously how the nation that nurtured Kant and Hegel and Beethoven could have systematically slaughtered over six million human beings. How from this peak of culture could the society sink to these depths of barbarism? The Enlightenment had failed, having produced positivism. Positivism, a degraded form of the Enlightenment, created an administered society that led to totalitarianism. Fascism was administered and highly controlled capitalism that revealed the contradictions inherent in the Enlightenment. Fascism put into practice the inherent self-destructiveness of the Enlightenment.

During the Second World War, the scholars of the Frankfurt School were scattered between European outposts and locales in America. For some the experience in America was a satisfying one, for others, such as Adorno, his time in America was an “exile.” Even though he became an American citizen, Adorno finally returned to Germany in 1949. Succumbing to the inducements of the city of Frankfurt, the scholars came back to Germany in 1950, committed to being politically committed, to exposing the myths of capitalism and socialism in the era of the Cold War. The memory of Walter Benjamin was maintained and even celebrated in the seminal study of German forgetting, The Inability to Mourn, by Institute fellows, Alexander and Margarete Mitscherlich, contrasted mourning to melancholia. Benjamin had picked up these contrasts from Freud and used them in his discussion of allegory. The Mischerlichs, in turn, appropriated these ideas and fittingly used them to point out that Germany refused the mourn (the Jews) and hence was condemned to a state of (unresolved) melancholia.

When he returned to Germany, Adorno was not received as a conquering hero but as someone tainted with his American associations and, ironically, for someone who criticized popular culture, he was known mostly for his music criticism. As an exile, he returned to a culture that had been through an experience he had not shared and his mindset and methodology had been changed in New York. But Adorno had a sharp eye and a unique perspective for the way in which anti-Semitism had become a non-issue, swept under the rug while the former Nazis were being absorbed back into “normal” life. Just because the “Jewish question” had been “solved” in the concentration camps, did not mean that identity politics had also vanished. If the Jews in Europe had been exterminated in the name of “identity”—that is, they were identified as “the Other” through their yellow stars, then it was up to Adorno to explore the concept of non-identity.

In order to do so, Adorno continued his critique of philosophy, a critique that went beyond the abstract realm of thought and grappled with the implications of the refusal to remember the past so prevalent in West Germany. While The Inability to Mourn, is an elegy to the loss of “culture” in Germany, Negative Dialectics, is less psychological than philosophical. Martin Jay’s book Adorno set out the five “force fields” in his career: Marxism in the West, modernist aesthetics, intellectual despair, and deconstruction. Indeed it is fruitful to read Negative Dialectics through the Deconstruction of Jacques Derrida. Like Adorno, Derrida thought deeply about Hegel’s dialectic—thesis, antithesis and synthesis—as the metaphysical force that propelled Life toward the Absolute. Both modern philosophers would be suspicious of metaphysics but interested in the mechanism through which “Being” was brought into existence through its Other, Nothingness.

In deconstructing the Dialectic, Derrida noted that one term was always valued over the other term and yet the de-valued term was necessary for the preferred or favored term to exist. We understand one term only through the other term or by the différance and so, Derrida pointed out, these terms are neither opposite nor independent and their final meanings remain indeterminate and without origin. Later Jean-François Lyotard would use deconstruction married to Adorno to discuss the Holocaust in terms of what he called the differend and the forced silence of those who were outside the dialectic.

For Adorno, the problems of the Enlightenment were caused by “identity thinking”, or the subsuming of the particulars under general concepts or grand narratives. Like Benjamin who insisted on examining an object in its historical particularity, Adorno asserted that the danger of identity thinking could be averted through Negative Dialectics, which assesses relations among things according to the criteria the object had of itself. The constellation would be impervious to bourgeois identity thinking. The “constellation” refused to privilege one element over another and produced a dialectical model of negations or a fluid reality that was hostile to the reconciliation of the dialectical process.

Adorno took up the Dialectic in order to negate the presumed progression from one term to the other. Along with Benjamin, he understood a word to belong, not as part of a pair of opposites, but as an element in a constellation. While Benjamin thought of his “constellations” or what Fernand de Saussure would call a “network of relationships” as being eternal in meaning, Adorno understood meaning as being both historically determined and contingent upon the points in the cluster. Most importantly, Adorno has eliminated the linear teleology of the Dialectic and once the possibility of progressive movement is negated within the constellation, the point of origin—Nothingness—is eliminated. In other words, there was no positive to be reached.