Doctor, that is kind of you. – Nothing is harmless anymore. The small joys, the expressions of life, which seemed to be exempt from the responsibility of thought, not only have a moment of defiant silliness, of the cold-hearted turning of a blind eye, but immediately enter the service of their most extreme opposite. Even the tree which blooms, lies, the 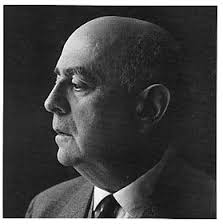 moment that one perceives its bloom without the shadow of horror; even the innocent “How beautiful” becomes an excuse for the ignominy of existence, which is otherwise, and there is no longer any beauty or any consolation, except in the gaze which goes straight to the horror, withstands it, and in the undiminished consciousness of negativity, holds fast to the possibility of that which is better. Mistrust is advisable towards everything which is unselfconscious, casual, towards everything which involves letting go, implying indulgence towards the supremacy of the existent [Existierende]. The malign deeper meaning of comfort, which at one time was limited to the toasts of cozy sociability, has long since spread to friendlier impulses. When in the chance conversation with a man on the train, one acquiesces, in order to avoid a quarrel, to a couple of sentences which one knows ultimately certify murder, is already an act of treachery; no thought is immune against its communication, and uttering it at the wrong place and in the context of a false agreement is enough to undercut its truth. Every visit to the cinema, despite the utmost watchfulness, leaves me dumber and worse than before. Sociability itself is a participant in injustice, insofar as it pretends we can still talk with each other in a frozen world, and the flippant, chummy word contributes to the perpetuation of silence, insofar as the concessions to those being addressed debase the latter once more as speakers. The evil principle which has always lurked in affability develops, in the egalitarian Spirit [Geist], into its full bestiality. Condescension and making oneself out as no better are the same. By adapting to the weaknesses of the oppressed, one confirms in such weaknesses the prerequisite of domination, and develops in oneself the measure of barbarity, thickheadedness and capacity to inflict violence required to exercise domination. If, in the latest era, the gesture of condescension is dispensed with, and solely adaptation becomes visible, then it is precisely in such a perfect screening of power that the class-relationship, however denied, breaks through all the more irreconcilably. For intellectuals, unswerving isolation is the only form in which they can vouchsafe a measure of solidarity. All of the playing along, all of the humanity of interaction and participation is the mere mask of the tacit acceptance of inhumanity. One should be united with the suffering of human beings: the smallest step to their joys is one towards the hardening of suffering.