They, the people. [in English in original] – The circumstance that intellectuals mostly deal with other intellectuals should not mislead them into thinking they are worse than the rest of humanity. For they encounter one another primarily in the most embarrassing and degrading situation of all, that of competing supplicants, and are thereby nearly always compelled to show their worst side to each other. Other people, especially the simple folk whose virtues intellectuals are wont to praise, usually meet them in the role of someone trying to sell them something, who doesn’t have to worry about the customer horning in on their turf. 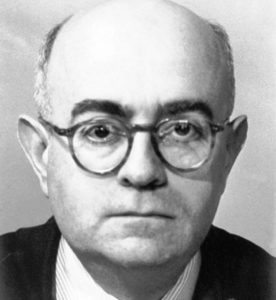 It is easy for the auto mechanic and the sales-girl at the liquor store to remain free of impudence: friendliness is in any case mandated from above. If on the other hand illiterates come to intellectuals in order to have letters written, these latter may indeed make a reasonably good impression. But the moment simple folk have to brawl for their share of the social product, they surpass anything in the canon of envy and hatefulness displayed by literati or musical directors. The glorification of the splendid underdogs [in English in original] ends up in glorifying the splendid system which made them so. The justifiable feelings of guilt of those exempted from physical labor ought not become an excuse for rural idiocy [famous phrase used by Marx to describe the stagnation of peasant life]. Intellectuals who write solely about intellectuals and give them their bad name in the name of that which is authentic [Echtheit] only strengthen the lie. A large part of the prevailing anti-intellectualism and irrationalism, all the way to Huxley, is set in motion by the fact that writers complain about the mechanism of competition without themselves being able to see through the latter, and so fall victim to such. In the field most their own, they have shut out the consciousness of tat twam asi [“Thou art this,” quote from Upanishads]. That is why they then rush into Indian temples.