*The above image is from the third panel of The Garden of Earthly Delights, by Hieronymus Bosch.

Whoever fights monsters should see to it that in the process he does not become a monster. And when you look long into an abyss, the abyss also looks into you.1 — Friedrich Nietzsche
The range of what we think and do is limited by what we fail to notice. And because we fail to notice there is little we can do to change until we notice how failing to notice shapes our thoughts and deeds.2 — R. D. Laing

The bad news floods our senses from every direction. With unprecedented swiftness, this onslaught washes away the very concepts we use to make sense of our world. This loss leaves us unable to cope with or comprehend the events unfolding around us, for “conceptual confusion and political chaos are one and the same.”3 The severe and traumatic anguish we feel — the kind that paralyzes our minds, terrorizes our souls, and keeps us awake at night — is our new normal. Such relentless psychic torment is the defining feature of a collapsing social order.

French sociologist Emile Durkheim calls this condition anomie, meaning “normlessness” or “lawlessness.” Anomie arises in societies during the interregnum between the breakdown of existing social norms or laws and the creation of new social norms or laws, a process that often results from rapid technological or cultural change. As such, anomie is profoundly, almost unspeakably unsettling. Persons living in an anomic society feel deep uncertainty about every aspect of their lives, and intense fear of a wholly unpredictable future permeates their thoughts. All the beliefs and concepts that had previously structured their understandings of themselves and their society have suddenly melted into air. In this upside down world, “the old explanations no longer make sense, the old rules no longer guide, the old procedures no longer produce satisfactory results, the old ceremonies no longer sanctify.”4 In other words, the anomic society is one that has become “systematically deranged.”5 And, as Durkheim points out, when individuals begin to perceive this derangement they frequently become so distraught that they commit suicide. Indeed, suicide and drug addiction rates in the United States are at their highest levels in decades, and they will only continue to rise as social conditions worsen.

This potentially suicide-inducing effect that the anomic society has on the people living within it can be thought of as a kind of collective cognitive dissonance. This means that each of the many individuals whose worldviews or ideologies have been shattered by recent events is experiencing the unbearable tension that results when one is forced to simultaneously hold within oneself two or more contradictory thoughts. So, for instance, when individuals who had previously subscribed to deeply held (if often tacit) norms and beliefs about the democratic character of their government are confronted with new evidence that indisputably refutes those norms and beliefs, they are left in a miserable quandary. To relieve themselves of the anxiety this dilemma produces in them, these individuals must make a painful and difficult decision: they must either accept the new evidence and discard their beliefs, leaving themselves unmoored from everything that had previously brought stability and meaning to their lives; or, they must screen out or deny the new evidence in order to retain their beliefs and thus avoid the frightening prospect of living in a world that has ceased to make sense. In most cases, the latter choice is made, and understandably so: it reduces cognitive strain, diminishes psychic pain, and restores ideological consistency. Its cost, however, is contact with reality.

Indeed, for these individuals “insanity [is] a perfectly rational adjustment to an insane world.”6 For, in choosing not to modify their worldviews in response to refutatory evidence, these persons opt instead to preserve their sanity (now transmuted into insanity) by retreating into fantasy (and demanding that it be called reality.) These are the people who are now insisting — and  who will continue to insist, even as the world burns down around them — that somehow we can rely on our old political procedures to redress the brand-new and existential threats we currently face. In this fantasy world, the Constitution still marks the limits of power, and our legislative and judicial branches of government still serve as checks on executive authority. In this fantasy world, we unpolitical consumers are citizens who can write or call elected officials who actually represent us and exhort them to act on our behalf, against their own self-interests as plutocrats and against the interests of their actual corporate constituents. In this fantasy world, the managed elections of 2018 and 2020 (if they even take place) will reverse history and somehow restore our political system back to something that — if it ever existed at all — certainly has not existed in this millennium: a constitutional republic that operates on representative democracy. These delusions all flow from the central conceit that undergirds this kind of insanity: the illusion that possession of agency implies control of fate, as if conscious human intention alone drives history.

The embrace of fantasy that characterizes the prevailing defensive response to anomie makes us all into tilters at windmills. This is given concrete expression in our present situation with the battle against “fake news” and its close relatives, “alternative facts” and “post-truth.” What, exactly, are these terms meant to convey? They seem to denote epistemological concepts or categories that already ought to be covered by terms like “false information,” “lies,” “factual errors,” and “propaganda,” among others. But why, then, not use those words? Why instead the emergence of these new terms? Before exploring these questions, we ought to remember that

[t]he materials out of which our common [political] world is constructed are the concepts, categories, discriminations, divisions, designations, and differentiations made available to us by the language we speak. More than the lens through which we view the world, language is the medium through which we continually constitute and reconstitute our common world. And this we do by acting with, upon, and through our language. With language we perform actions and create worlds.7

So, then, the rise of fake news, alternative facts, and post-truth suggests not merely the loss of something old, nor merely the addition of something new, but a reconstruction involving both old and new. In other words, these terms are conceptual bridges, words that provide narrative coherence and continuity in the unfolding story of our brave new world. They are awkward and intermediary terms that, nevertheless, the two dominant sides in this ongoing historical drama agree refer to real concepts — though they disagree on what counts as actual examples of them. Ironically, then, what we all — Trumpists and anti-Trumpists alike — really are doing when we decry fake news et al. is creating imaginary monsters that we think we know how to slay. Fighting these fictitious foes, in turn, keeps us divided and prevents us from engaging with the real enemies — dire material conditions, exemplified by wealth and income inequality and global warming — that ought to unite us.

But if that unification or integration were to occur, the very ideologies that supply both sides with their roles and identities as adversaries would be destroyed. Thus, self-preservation entails ideological preservation. Because identity and ideology are imbricated in this way, we quixotically continue to play politics by the rules of the game we know so that we do not lose our sense of ourselves as persons who know and play the game of politics by those rules. For the alternative — acknowledging that the game has changed, and maybe that the game as we knew it never existed in the first place — would also mean that we ourselves have changed, and maybe that we never knew who or what we were to begin with. For most individuals, avoiding that kind of identity crisis is of paramount importance.

On this account, then, condemning and lamenting fake news et al. amounts to a desperate patching up of the holes that reality has poked in the ideological lens through which we perceive the world. So, for both Trumpists and anti-Trumpists, the attempts to dismiss their respective examples of fake news et al. are precise demonstrations of the mental screening process described above. For the Trumpists, this dismissal is in service of the creation of a new ideology (disguised as a return to an old ideology); for the anti-Trumpists, this dismissal is in service of the retention of an obsolete ideology. Thus both ideologies — like all ideologies — distort the world as much as or more than they accurately interpret it.

Since most American anti-Trumpists identify as “liberals,” it is worth asking ourselves just what the mainstream liberal ideological lens is distorting in the view of the current world it offers to its holders. In other words, What, exactly, underlies these disruptive new epistemological concepts that — by their very existence — threaten the integrity of the worldview to which most liberals are desperately attempting to cling? The phenomenon being masked by fake news et al. is, of course, actually existing American fascism and inverted totalitarianism. For liberals to fully acknowledge this, however, would mean that they would have to admit and accept that their most basic beliefs about themselves and about their world are wrong, and have been wrong for quite some time. Zeev Sternhell, writing about an earlier historical era of fascism, explains well this predicament:

To admit that fascism was anything other than a simple aberration, an accident, an outburst of collective folly, or a phenomenon that could be explained simply by the economic crisis, to observe that in nearly all the European countries there existed homespun fascist movements… to concede that the armed bands… were backed by a body of doctrine no less logically defensible than that of democratic or liberal parties, and to recognize, finally, that the ideas put forward did not belong only to the rejects of society… would [call for] the revision of a whole scale of values, a whole chain of reasonings.8

Unless and until we revise our values and reasonings — that is, the ideology, the constellation of concepts by and through which we perceive and understand our world — we will remain unable to effectively navigate reality. For the map we have been using to guide us through the political world no longer matches the territory. Hence we are realizing, at last, that we are in uncharted waters. But we cannot afford to go tharn and surrender to our circumstances. Instead, we must create — we must make a new map. Do we have the courage to become political cartographers? This will require that we all do some stargazing. For only we can lead ourselves out of anomie and into a world where, if things do not yet make sense, at least we can make sense of things. 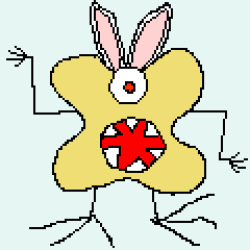