“The contemporary movement that seeks to restrict liberty on campus arose specifically in the provocative work of the late Marxist political and social philosopher Herbert Marcuse . . .”  ―Alan Charles Kors and Harvey A. Silverglate In recent years highly publicized educational commentators, like David Horowitz (2006a, 2006b, 2000), and Alan Charles Kors and Harvey … Read more 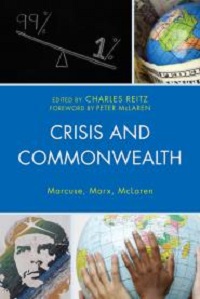 This appeared in the Heathwood Journal of Critical Theory Vol. 1. Issue 2  earlier this year. The power of our forces must be mobilized. The Commonwealth Counter-Offensive Charles Reitz   A group of radical scholar/activists with whom I have been working has attempted to assess our contemporary political-economic conditions in a tentative and provisional manner … Read more