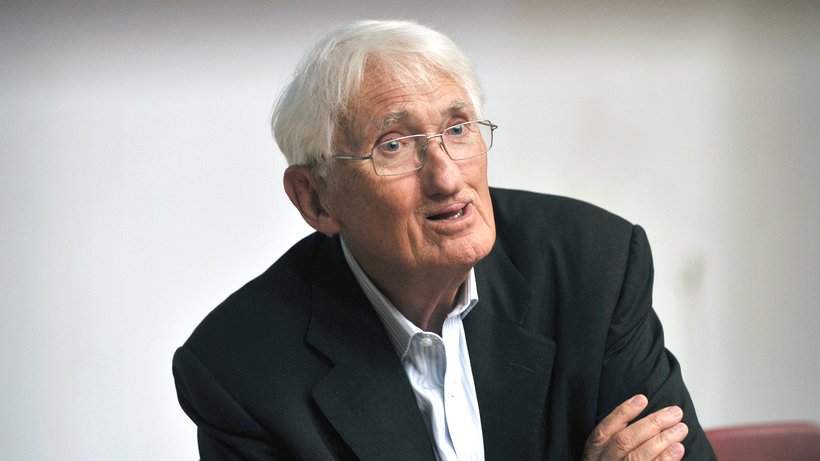 *This interview is reblogged from Zeit Online, originally published 7/12/2016.

Core Europe to the rescue: a conversation with Jürgen Habermas about Brexit and the EU crisis.

DIE ZEIT: Mr Habermas, did you ever think Brexit would be possible? What did you feel when you heard of the Leave campaign’s victory?

Jürgen Habermas: It never entered my mind that populism would defeat capitalism in its country of origin. Given the existential importance of the banking sector for Great Britain and the media power and political clout of the City of London it was unlikely that identity questions would prevail against interests.

ZEIT: Many people are now demanding referenda in other countries. Would a referendum in Germany produce a different result from that in Great Britain?

Habermas: Well, I do assume that. European integration was – and still is – in the interests of the German federal republic. In the early post-war decades it was only by acting cautiously as “good Europeans” that we were able to restore, step by step, an utterly devastated national reputation. Eventually, we could count on the backing of the EU for reunification. Retrospectively too, Germany has been the great beneficiary of the European currency union – and that too in the course of the euro crisis itself. And because Germany has, since 2010, been able to prevail in the European Council with its ordoliberal views against France and the southern Europeans it’s pretty easy for Angela Merkel and Wolfgang Schäuble to play the role of the true defenders of the European idea back home. Of course, that’s a very national way of looking at things. But this government need have no fears that the Press would take a different course and inform the population about the good reasons why other countries might see things in completely the opposite way.

ZEIT: So, you’re accusing the Press of supinely kowtowing to the government? Indeed, Ms Merkel can hardly complain about the number of her critics. At least as regards her refugee policy.

Habermas: Actually, that’s not what we’re talking about. But I make no bones about it. Refugee policy has also divided German public opinion and Press attitudes. That brought an end to long years of an unprecedented paralysis of public political debate. I was referring to this earlier, politically highly charged period of the euro crisis. That’s when an equally tumultuous controversy about the federal government’s policy towards the crisis might have been expected. A technocratic approach that kicks the can down the road is attacked as counter-productive all over Europe. But not in the leading two daily and two weekly publications that I read regularly. If this remark is correct then, as a sociologist, one can look for explanations. But my perspective is that of an engaged newspaper reader and I wonder if Merkel’s blanket policy of dulling everyone to sleep could have swept the country without a certain complicity on the part of the Press. Thought horizons shrink if there are no alternative views on offer. Right now, I can see a similar handing out of tranquilizers. Like in the report I’ve just read on the last policy conference of the SPD where the attitude of a governing party to the huge event of Brexit that must objectively be of consuming interest to everybody is reduced – in what Hegel would have called a valet’s perspective – to the next general election and the personal relations between Mr Gabriel and Mr Schulz.

ZEIT: But hasn’t the British desire to leave the EU national, homegrown reasons? Or is it symptomatic of a crisis in the European Union?