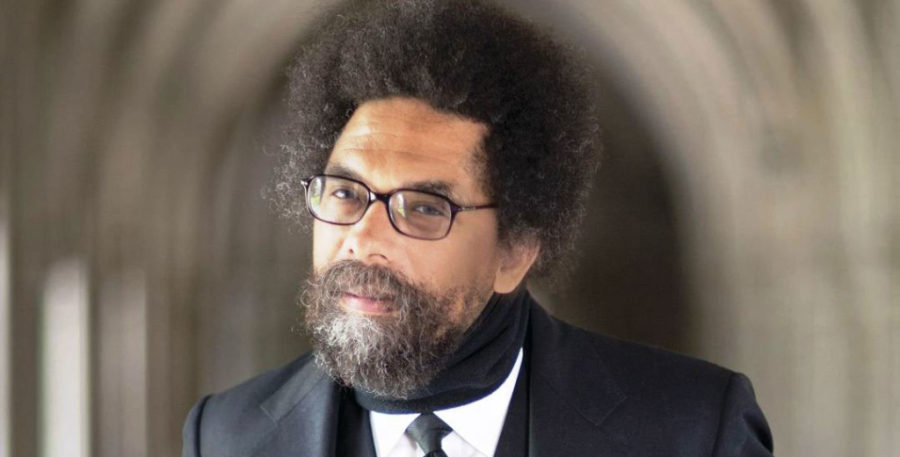 *The following essay by Cornel West is reposted from the Race and Ethnicity collection on Eserver.org.

**From the website of the full post: “Cornel West is an Honorary Chair of the Democratic Socialists of America, who serves on the DSA National Political Committee and is a participant in its African-American Commission.”

Toward a Socialist Theory of Racism

What is the relationship between the struggle against racism and socialist theory and practice in the United States? Why should people of color active in antiracist movements take democratic socialism seriously? And how can American socialists today learn from inadequate attempts by socialists in the past to understand the complexity of racism? In this pamphlet, I try to address these crucial questions facing the democratic socialist movement. First, I examine past Marxist efforts to comprehend what racism is and how it operates in varying contexts. Second, I attempt to develop a new conception of racism which builds upon, yet goes beyond the Marxist tradition. Third, I examine how this new conception sheds light on the roles of racism in the American past and present. Last, I try to show that the struggle against racism is both morally and politically necessary for democratic socialists.

Past Marxist Conceptions of Racism

Most socialist theorizing about racism has occurred within a Marxist framework and has focused on the Afro-American experience. While my analysis concentrates on people of African descent, particularly Afro-Americans, it also has important implications for analyzing the racism that plagues other peoples of color, such as Spanish-speaking Americans (for example, Chicanos and Puerto Ricans), Asians, and Native Americans.

There are four basic conceptions of racism in the Marxist tradition. The first subsumes racism under the general rubric of working-class exploitation. This viewpoint tends to ignore forms of racism not determined by the workplace. At the turn of the century, this position was put forward by many leading figures in the Socialist party, particularly Eugene Debs. Debs believed that white racism against peoples of color was solely a “divide-and-conquer strategy” of the ruling class and that any attention to its operations “apart from the general labor problem” would constitute racism in reverse.

My aim is not to castigate the Socialist party or insinuate that Debs was a racist. The Socialist party had some distinguished black members, and Debs had a long history of fighting racism. But any analysis that confines itself to oppression in the workplace overlooks racism’s operation in other spheres of life. For the Socialist party, this yielded a “color-blind” strategy for resisting racism in which all workers were viewed simply as workers with no specific identity or problems. Complex racist practices within and outside the workplace were reduced to mere strategies of the ruling class.

The second conception of racism in the Marxist tradition acknowledges the specific operation of racism within the workplace (for example, job discrimination and structural inequality of wages) but remains silent about these operations outside the workplace. This viewpoint holds that peoples of color are subjected both to general working-class exploitation and to a specific “super-exploitation” resulting from less access to jobs and lower wages. On the practical plane, this perspective accented a more intense struggle against racism than did Debs’ viewpoint, and yet it still limited this struggle to the workplace.

The third conception of racism in the Marxist tradition, the so-called “Black Nation thesis, ” has been the most influential among black Marxists. It claims that the operation of racism is best understood as a result of general and specific working-class exploitation and national oppression. This viewpoint holds that Afro-Americans constitute, or once constituted, an oppressed nation in the Black Belt South and an oppressed national minority in the rest of American society.

There are numerous versions of the Black Nation Thesis. Its classical form was put forth by the American Communist party in 1928, was then modified in the 1930 resolution and codified in Harry Haywood’s Negro Liberation (1948). Some small Leninist organizations still subscribe to the thesis, and its most recent reformulation appeared in James Forman’s Self-Determination and the African-American People (1981). All of these variants adhere to Stalin’s definition of a nation set forth in his Marxism and the National Question (1913) which states that “a nation is a historically constituted, stable community of people formed on the basis of a common language, territory, economic life and psychological make-up manifested in a common culture.” Despite its brevity and crudity, this formulation incorporates a crucial cultural dimension overlooked by the other two Marxist accounts of racism. Furthermore, linking racist practices to struggles between dominating and dominated nations (or peoples) has been seen as relevant to the plight of Native Americans, Chicanos, and Puerto Ricans who were disinherited and decimated by white colonial settlers. Such models of “internal colonialism” have important implications for organizing strategies because they give particular attention to critical linguistic and cultural forms of oppression. They remind us that much of the American West consists of lands taken from Native Americans and from Mexico.

Since the Garveyite movement of the 1920s, which was the first mass movement among Afro-Americans, the black left has been forced to take seriously the cultural dimension of the black freedom struggle. Marcus Garvey’s black nationalism rendered most black Marxists “proto-Gramscians” in at least the limited sense that they took cultural concerns more seriously than many other Marxists. But this concern with cultural life was limited by the Black Nation Thesis itself. Although the theory did inspire many impressive struggles against racism by the predominantly white left, particularly in the 1930s, its ahistorical racial definition of a nation, its purely statistical determination of national boundaries (the South was a black nation because of its then black majority population), and its illusory conception of a distinct black national economy ultimately rendered it an inadequate analysis.

The fourth conception of racism in the Marxist tradition claims that racist practices result not only from general and specific working-class exploitation but also from xenophobic attitudes that are not strictly reducible to class exploitation. From this perspective, racist attitudes have a life and logic of their own, dependent upon psychological factors and cultural practices. This viewpoint was motivated primarily by opposition to the predominant role of the Black Nation Thesis on the American and Afro-American left. Its most prominent exponents were W. E. B. DuBois and Oliver Cox.

Toward a More Adequate Conception of Racism

This brief examination of past Marxist views leads to one conclusion. Marxist theory is indispensable yet ultimately inadequate for grasping the complexity of racism as a historical phenomenon. Marxism is indispensable because it highlights the relation of racist practices to the capitalist mode of production and recognizes the crucial role racism plays within the capitalist economy. Yet Marxism is inadequate because it fails to probe other spheres of American society where racism plays an integral role–especially the psychological and cultural spheres. Furthermore, Marxist views tend to assume that racism has its roots in the rise of modern capitalism. Yet, it can easily be shown that although racist practices were shaped and appropriated by modern capitalism, racism itself predates capitalism. Its roots lie in the earlier encounters between the civilizations of Europe, Africa, Asia, and Latin America–encounters that occurred long before the rise of modern capitalism.

It indeed is true that the very category of “race”–denoting primarily skin color–was first employed as a means of classifying human bodies by Francois Bernier, a French physician, in 1684. The first authoritative racial division of humankind is found in the influential Natural System (1735) of the preeminent naturalist of the 18th century, Caroluc Linnaeus. Both of these instances reveal European racist practices at the level of intellectual codificaton since both degrade and devalue non-Europeans. Racist folktales, mythologies, legends, and stories that function in the everyday life of common people predate the 17th and 18th centuries. For example, Christian anti-Semitism and Euro-Christian antiblackism were rampant throughout the Middle Ages. These false divisions of humankind were carried over to colonized Latin America where anti-Indian racism became a fundamental pillar of colonial society and influenced later mestizo national development. Thus racism is as much a product of the interaction of cultural ways of life as it is of modern capitalism. A more adequate conception of racism should reflect this twofold context of cultural and economic realities in which racism has flourished.

A new analysis of racism builds on the best of Marxist theory (particularly Antonio Gramsci’s focus on the cultural and ideological spheres), and yet it goes beyond by incorporating three key assumptions:

1. Cultural practices, including racist discourses and actions, have multiple power functions (such as domination over non-Europeans) that are neither reducible to nor intelligible in terms of class exploitation alone. In short these practices have a reality of their own and cannot simply be reduced to an economic base.

2. Cultural practices are the medium through which selves are produced. We are who and what we are owing primarily to cultural practices. The complex process of people shaping and being shaped by cultural practices involves the use of language, psychological factors, sexual identities, and aesthetic conceptions that cannot be adequately grasped by a social theory primarily focused on modes of production at the macrostructural level.

3. Cultural practices are not simply circumscribed by modes of production; they also are bounded by civilizations. Hence, cultural practices cut across modes of production. (For example, there are forms of Christianity that exist in both precapitalist and capitalist societies.) An analysis of racist practices in both premodern and modern Western civilization yields both continuity and discontinuity. Even Marxism can be shown to be both critical of and captive to a Eurocentrism that can justify racist practices. Although Marxist theory remains indispensable, it obscures the manner in which cultural practices, including notions of “scientific” rationality, are linked to particular ways of life.

A common feature of the four Marxist conceptions examined earlier is that their analyses remain on the macrostructural level. They focus on the role and function of racism within and between significant institutions such as the workplace and government. Any adequate conception of racism indeed must include such a macrostructural analysis, one that highlights the changing yet persistent forms of class exploitation and political repression of peoples of color. But a fully adequate analysis of racism also requires an investigation into the genealogy and ideology of racism and a detailed microinstitutional analysis. Such an analysis would encompass the following:

1. A genealogical inquiry into the ideology of racism, focusing on the kinds of metaphors and concepts employed by dominant European (or white) supremacists in various epochs in the West and on ways in which resistance has occurred.

2. A microinstitutional or localized analysis of the mechanisms that sustain white supremacist discourse in the everyday life of non-Europeans (including the ideological production of certain kinds of selves, the means by which alien and degrading normative cultural styles, aesthetic ideals, psychosexual identities, and group perceptions are constituted) and ways in which resistance occurs.

3. A macrostructural approach that emphasizes the class exploitation and political repression of non-European peoples and ways in which resistance is undertaken.