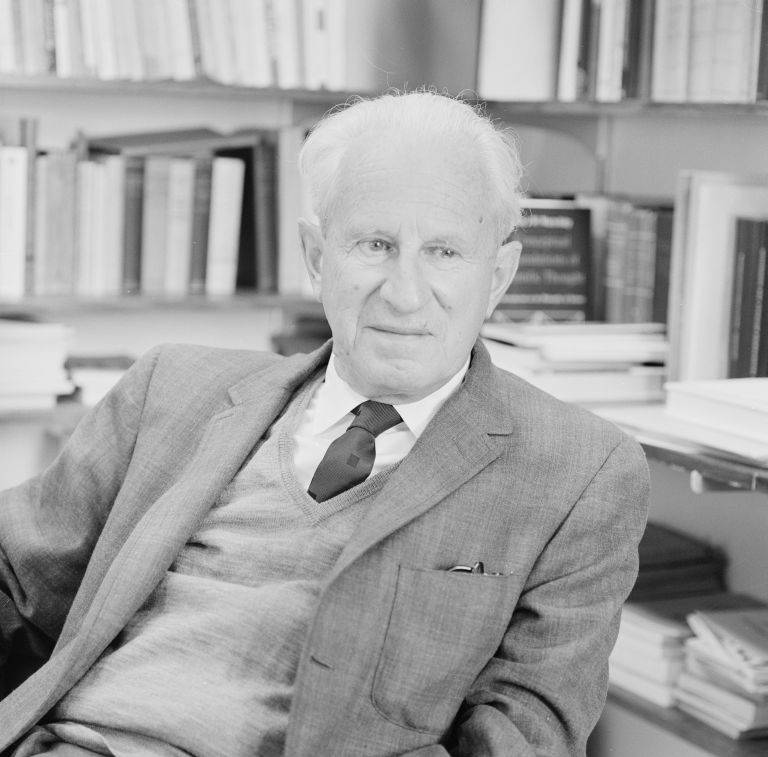 This interview, conducted in 1978, originally appeared in a locally distributed publication at the University of California, San Diego: Contemporary Literature 22(1981), 417-424

On the Aesthetic Dimension: A Conversation with Herbert Marcuse

Q. I’d like to begin with a paraphrase of a critical response that is being made to The Aesthetic Dimension, which is that Marcuse has finally shown himself not to be a Marxist.

A. This criticism, of course, I knew beforehand. And the book was written intentionally in a provocative way to reply exactly to that accusation. In the first place, I don’t care what label is being given me; nothing could be of less interest to me. Secondly, I quote old man Marx himself, who said, “Moi je ne suis pas Marxiste.” In English: “I myself am not a Marxist.” So, if you look at many of the people who today call themselves Marxists, I don’t mind if I don’t belong to the same group and don’t have the same label.

To be a little more serious about it, I do claim to be a Marxist. I do believe that his analysis of the capitalist society and the basic mechanisms which keep it going are still, today, more valid than ever before. As you may know, there is no such thing as a theory of socialism in Marx; there are only a few remarks. He never elaborated on them because he never claimed to be a prophet, and it would make no sense to give a prescription for the behavior of people in a free society which does not yet exist. That’s a contradiction in itself.

I have at the beginning of The Aesthetic Dimension outlined what social determination of art I think does indeed prevail: it is, essentially, the material, the tradition, the historical horizon under which the writer, the artist, has to work. He cannot ignore it. He lives in a continuum of tradition even when he breaks it. This social determination affects any work of art. But, as I said, it does not constitute its substance.

Q. To be more specific about this criticism of The Aesthetic Dimension, it is that you have made the aesthetic a transcendental category.

Q. Historically, would you say that the aesthetic appears as a dimension as a result or consequence of the Enlightenment, or what marks for Hegel the emergence of self-consciousness? Secondly, would you say that as capitalism ceases to be a progressive force in history that the aesthetic dimension becomes less accessible because late capitalism cannot tolerate its critical potential . . .

A. May I interrupt you: it cannot “tolerate”? I think we have seen today that there seems to be hardly anything that capitalist society cannot tolerate. It incorporated and accepted the most radical and avant-garde forms of art and literature. You can buy them in the drug store. But I think that this does not affect or detract from the quality and truth of these “accepted” works of art. Let’s take an example from the visual arts: a statue by Barlach, or the artistic value and truth of a statue by Rodin. It is in no way reduced or falsified if you put that statue, as happens today, in the lobby of a bank or in the lobby of the offices of a big corporation. What has changed is the receptivity of the consumer, not the work of art itself. James Joyce remains James Joyce; whether you can buy him at the drug store makes no difference. A Beethoven quartet remains what it is even if it’s played over the radio while you are doing the dishes.

Q. Doesn’t that last example speak more of the historically affirmative nature of art that survives today as opposed to the negative: that this society is still able to appreciate a certain kind of labor that is not being reproduced by this society?

A. You say this society: as a whole? Or only certain groups? The majority of the population has always been excluded from this relation to art, due to the separation between intellectual and material production to which art necessarily succumbs. You said that it would be characteristic of the affirmative function of art. I would say this is correct, but art by itself cannot under any circumstances change the social condition. And that is the necessary and essential powerlessness of art, that it cannot have an effective, direct impact on the praxis of change. I don’t know of any case in which you could say that art has changed the established society. Art can prepare such change. Art can contribute to it only via several negations and mediations, the most important being the change of consciousness and, especially, the change of perception. I think we can say that after the impressionists, after Cézanne especially, we see differently than we saw before. That you can say; further you cannot go.

Q. You speak of the bifurcation of mental and material labor, and suggest that art is able to preserve in its autonomy, in its separation from material production, a certain promise of liberation. With the presence of “surplus repression” in advanced capitalism, is it possible that art’s autonomy can actually serve advanced capitalism insofar as the labor we see in art, if not unalienated, is maintained as separate, as special, as “other” from material production? To go back to the Gründrisse, Marx makes a very strong case for the ontological dimension of labor?that it not be seen simply as sacrifice, but that labor itself is a unifying principle of human life.

A. What kind of labor? The labor on the assembly line? Marx certainly didn’t mean that. He meant labor in a socialist society, but not in a capitalist society. He saw the possibility of reducing alienated labor already in capitalism, namely as a consequence of technical progress or, as we would say today, increasing automation, mechanization, computerization, whatever you want to call it. That, however, is only the anticipation, or the first traces, of the liberation of the human being from full­time alienated labor?I say full-time alienation because alienated labor as such can never be abrogated. There will always have to be persons who adjust machines, who read gauges or whatever it is. So, alienated labor, and Marx said this, can never be entirely abrogated. But it can be reduced quantitatively and qualitatively so that it’s no longer a full-time occupation to which the individual is bound during his or her entire personal and social life.