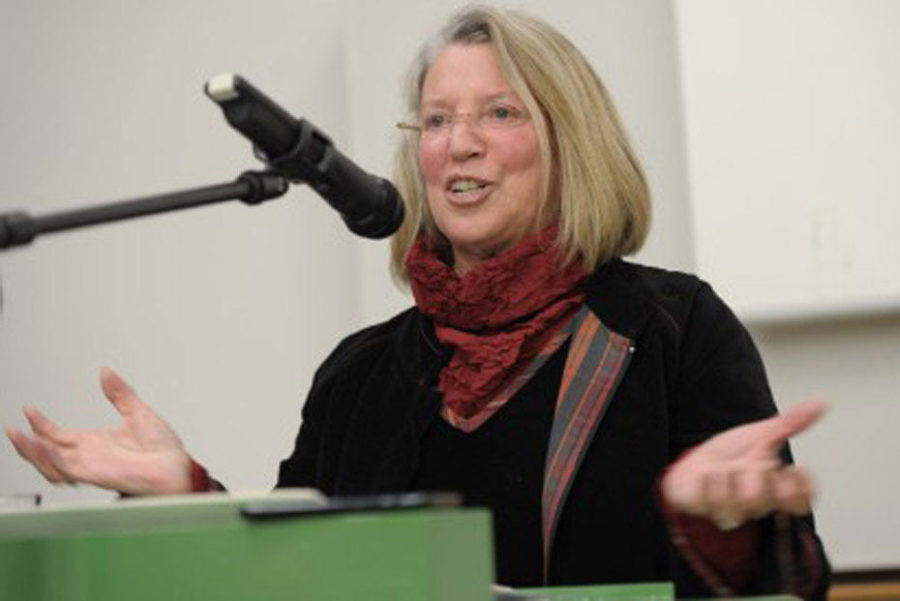 *The following article by Nancy Fraser was part of The Tanner Lectures on Human Values, Stanford University, April 30–May 2, 1996.

Social Justice in the Age of Identity Politics: Redistribution, Recognition, and Participation

Today, however, we increasingly encounter a second type of social-justice claim in the “politics of recognition.” Here the goal, in its most plausible form, is a difference-friendly world, where assimilation to majority or dominant cultural norms is no longer the price of equal respect. Examples include claims for the recognition of the distinctive perspectives of ethnic, “racial,” and sexual minorities, as well as of gender difference. This type of claim has recently attracted the interest of political philosophers, moreover, some of whom are seeking to develop a new paradigm of justice that puts recognition at its center.

In general, then, we are confronted with a new constellation. The discourse of social justice, once centered on distribution, is now increasingly divided between claims for redistribution, on the one hand, and claims for recognition, on the other. Increasingly, too, recognition claims tend to predominate. The demise of communism, the surge of free-market ideology, the rise of “identity politics” in both its fundamentalist and progressive forms – all these developments have conspired to decenter, if not to extinguish, claims for egalitarian redistribution.

In this new constellation, the two kinds of justice claims are typically dissociated from one another – both practically and intellectually. Within social movements such as feminism, for example, activist tendencies that look to redistribution as the remedy for male domination are increasingly dissociated from tendencies that look instead to the recognition of gender difference. And the same is true of their counterparts in the U.S. academy, where feminist social theorizing and feminist cultural theorizing maintain an uneasy arms-length coexistence. The feminist case exemplifies a more general tendency in the United States (and elsewhere) to decouple the cultural politics of difference from the social politics of equality.

In some cases, moreover, the dissociation has become a polarization. Some proponents of redistribution reject the politics of recognition outright; citing the worldwide increase in inequality recently documented by the United Nations, they see claims for the recognition of difference as “false consciousness,” a hindrance to the pursuit of social justice. Conversely, some proponents of recognition applaud the relative eclipse of the politics of redistribution ; citing the failure of difference-blind economic egalitarianism to assure justice for minorities and women, they see distributive politics as part and parcel of an outmoded materialism that can neither articulate nor challenge key experiences of injustice. In such cases, we are effectively presented with what is constructed as an either/or choice: redistribution or recognition? Class politics or identity politics? Multiculturalism or social equality? These, I maintain, are false antitheses. It is my general thesis that justice today requires both redistribution and recognition, as neither alone is sufficient. As soon as one embraces this thesis, however, the question of how to combine them becomes paramount. I shall argue that the emancipatory aspects of the two problematics should be integrated in a single, comprehensive framework. Theoretically, the task is to devise a “bivalent” conception of justice that can accommodate both defensible claims for social equality and defensible claims for the recognition of difference. Practically, the task is to devise a programmatic political orientation that integrates the best of the politics of redistribution with the best of the politics of recognition.

My discussion divides into three parts. In part I, I argue that neither redistribution alone nor recognition alone can suffice to remedy injustice today, hence that they need to be pursued in tandem. In part II, I consider some conceptual questions that arise when we contemplate integrating redistribution and recognition in a single comprehensive account of social justice. In part III, finally, I address some practical problems that arise when we seek to apply such an integrated perspective to real-world cases of social injustice.

I. Redistribution or Recognition?
A Critique of Justice Truncated

I begin with a terminological point. The politics of redistribution, as I shall understand it here, encompasses not only class-centered orientations, such as New Deal liberalism, social democracy, and socialism, but also those forms of feminism and antiracism that look to socioeconomic transformation or reform as the remedy for gender and racial-ethnic injustice. Thus, it is broader than class politics in the conventional sense. The politics of recognition, likewise, encompasses not only movements aiming to revalue unjustly devalued identities, such as cultural feminism, black cultural nationalism, and gay identity politics. But also deconstructive tendencies, such as queer politics, critical “race” politics, and deconstructive feminism, which reject the “essentialism” of traditional identity politics. Thus, it is broader than identity politics in the conventional sense.

With these definitions, I mean to contest one widespread misunderstanding of these matters. It is often assumed that the politics of redistribution is exclusively concerned with injustices of class, whereas the politics of recognition, reductively equated with “identity politics,” is exclusively concerned with injustices of gender, sexuality, and “race.” This view is erroneous and misleading. It treats recognition-oriented currents within the feminist, antiheterosexist, and antiracist movements as the whole story, rendering invisible alternative currents dedicated to righting gender-specific, “race”-specific, and sex-specific forms of economic injustice that traditional class movements ignored. The definitions proposed here, in contrast, take account of such currents by treating redistribution and recognition as dimensions of justice that can cut across all social movements.

Anatomy of a False Antithesis

Thus understood, the politics of redistribution and the politics of recognition can be contrasted in four key respects. First, the two orientations assume different conceptions of injustice. The politics of redistribution focuses on injustices it defines as socioeconomic and presumes to be rooted in the economic structure of society. Examples include exploitation (having the fruits of one’s labor appropriated for the benefit of others); economic marginalization (being confined to undesirable or poorly paid work or being denied access to income-generating labor altogether); and deprivation (being denied an adequate material standard of living). The politics of recognition, in contrast, targets injustices it understands as cultural, which it presumes to be rooted in social patterns of representation, interpretation, and communication. Examples include cultural domination (being subjected to patterns of interpretation and communication that are associated with another culture and are alien and/or hostile to one’s own); non-recognition (being rendered invisible via the authoritative representational, communicative, and interpretative practices of one’s culture); and disrespect (being routinely maligned or disparaged in stereotypic public cultural representations and/or in everyday life interactions).

Third, the two orientations assume different conceptions of the collectivities who suffer injustice. For the politics of redistribution, the collective subjects of injustice are classes or class-like collectivities, which are defined economically by a distinctive relation to the market or the means of production. The classic case in the Marxian paradigm is the exploited working class, whose members must sell their labor power in order to receive the means of subsistence. But the conception can cover other cases as well. Also included are racialized groups that can be economically defined: for example, marginalized members of a racialized underclass, who are largely excluded from regular waged work, deemed “superfluous” and unworthy of exploitation. When the notion of the economy is broadened to encompass unwaged labor, moreover, gendered groups belong here as well; thus women constitute another collective subject of economic injustice, as the gender burdened with the lion’s share of unwaged carework and consequently disadvantaged in employment and disempowered in relations with men. Also included, finally, are the complexly defined groupings that result when we theorize the political economy in terms of the intersection of class, “race,” and gender.

For the politics of recognition, in contrast, the victims of injustice are more like Weberian status groups than Marxian (or Weberian) classes. Defined not by the relations of production, but rather by the relations of recognition, they are distinguished by the lesser esteem, honor, and prestige they enjoy relative to other groups in society. The classic case in the Weberian paradigm is the low-status ethnic group, whom dominant cultural patterns of interpretation and valuation mark as different and less worthy, to the detriment of group members’ social standing and their chances of winning social esteem. But the conception can cover other cases as well. In today’s politics of recognition, it has been extended to gays and lesbians, whose sexuality is interpreted as deviant and devalued in the dominant culture; to racialized groups, who are marked as different and lesser; and to women, who are trivialized, sexually objectified, and disrespected in myriad ways. It is also being extended, finally, to encompass the complexly defined groupings that result when we theorize the relations of recognition in terms of “race,” gender, and sexuality simultaneously as intersecting cultural codes. From this perspective, as opposed to the previous one, “race” and gender are not economically defined classes, but culturally defined statuses.