Illusive time is encapsulated in space. Space as an integrated three dimension has its own know-how. Three dimensional space is the objective limit. Time occurs through it. Time of future arrives as the fourth limit dimension, coalesced with the three dimensions of length, breadth and depth. The fourth limit dimension, as it is enabled through three objective dimensions, needs the more futural fifth dimension, the master caller, which arrives as null. The fifth dimension is apart from the three objective dimensions and the fourth spatial dimension. It is the non-arrival of future, yet it exists. As zero. Present as depth, conjoins the past and future, the length and breadth. These three are linked through present with the fourth limit dimension. Present is referred as a lineage between past and future, length and breadth, extended through future, the spatial time.  This future is corrupted by the present dimension of depth. Yet there has to be a time, for pure future. This is not linked with any of the three objective dimensions or with the fourth limit dimension. It is the time of not-yet. The linked future. Present as thin fiber like entity spaces time. Time “for-itself”. Space as a genus is the limit force which creates the species, time. Time as species occurs through the density of depth. The presenting of past through objective dimension of depth. It is again the dimension of depth, through which the futural fourth limit dimension of spatial time arrives at the gates of present depth. These four are always, “for-itself”. “In-itself” time from the dimension of past are transformed into “for-itself”. Past is remembered through its spacing of length and breadth, the two dimensions. It is imagified object. Yet, it is spaced, within liminal moment as pictorial. Thus past also becomes “For-itself”, in its naturalization of presencing of present, the third objective, depth space. The fourth dimension of spatial time coalesces past and present, and within liminal seconds, foregrounds depth, as an extension of itself, the futural. All four are the species of the genus space. The fifth dimension is pure time or master caller or the messianic explosivity, the non-arrival of future. It is the only non-spatial idea of time. It is the death of present time, where time builds its own accountability, through accords which are not past or present. It is the extensive limiting of all spatial categories. It is an immanently transcendental objective, time itself disappears as species. It is posited as the non-happened incidences from past occurrences. The non-happened histories are hoped and spaced through it. The pure time of future. It is always hoped for, the not-yetness of present and past arrives at the gates of dawn. The dawning of a new species of time, not spatial, yet, transcribed through the potential which never happened in past or the impossibility of its happening in present. Only its sense of sound, smell and touch can arrive through limit experience of psychotropic onlookers or to the philosophers of history. It slashes the past and its link with present. The novelty of future. 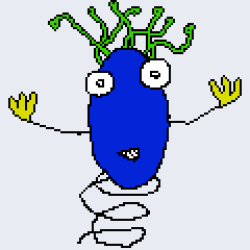